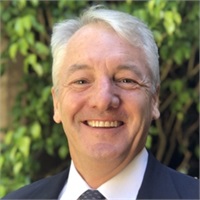 Michael is a third generation Santa Barbarian, living here the last 33 years. Michael has lived in numerous places since graduating from college before settling in Santa Barbara; his family traveled the world with his father, an Air Force Colonel.

From 1986 'til 1992, Michael trained to become a flight instructor. He ultimately became an Airline Transport Pilot, flying for American Airlines in the Caribbean and living in San Juan, Puerto Rico.

After his years as a pilot, Michael worked in sales for a number of local businesses. For the last 6 years, Michael has worked closely with the financial services industry, and he joined Tremblay Financial in early 2013 as a Financial Advisor. Michael enjoys the opportunity to serve the local Santa Barbara community, supporting a number of local organizations, such as AYSO, the Page Youth Center, the Boys & Girls Club, and Santa Barbara Soccer Club.

Michael and his wife, Marta, have been married for 21 years. They have 4 children.

BS in Marketing and Salesforce Management / University of Idaho